I’m not necessarily interested in prolonging this by now almost completely pointless discussion, but there’s a list of things in and around this elevator-clusterfuck that are eating my brain. So I’m dumping my thoughts on them here, so I can stop thinking about them (which in any case was the original point of this blog, anyway):

1)so because you behaved like a Decent Human Being you’re now old and single? well, that sucks. you still don’t get an exception to the Decent Human Being rules, just because assholes end up with girlfriends and you don’t. I mean, I’m dirt-poor and will likely remain so forever. Being poor is not just emotionally exhausting and depressing, it’s sometimes downright unhealthy. Doesn’t mean I get an exemption from the Decent Human Being rules and should start a religion, sell snakeoil, or otherwise scam old ladies out of their social security, even if some assholes successfully got rich that way.

2)hiding behind the autism spectrum is just fucked up. Aspies, being actually oblivious to most social clues, don’t usually internalize the sort of behavior that a) says that isolating and cornering a woman will make more compliant, and b)loudly and stubbornly insists that they should be allowed to behave like that because they don’t see a problem. Most Aspies catch on right quick that they’ve no fucking clue how other people and society as a whole work; and because they’re immune to the sort of toxic masculinity that bars them from feeing empathy, they actually do want to understand and function well, so they learn (either with help, or if they’re very high-functioning, by themselves through observation) by rote which behaviors seem acceptable and which don’t. If Elevator Man had really been an Aspie, he’d be grateful for the anonymity and ability to learn a few more things about human interaction (such as: enclosed spaces are perceived as dangerous; cold-propositioning is perceived as creepy). Plus… would an Aspie who heard “I’m going to sleep” hear anything other than “I’m going to sleep”?
No, Elevator Man and his defenders may be socially inept, but they’re neurotypical; or at least, neurotypical enough to have absorbed quite a bit of toxic masculinity, enough to hear “I’m going to sleep” as “I may be saying I’m going to sleep, but if a man suggests he’d rather I do something else, I’ll totally agree to that; because that’s how women behave”. And enough to feel that they should be allowed to behave in exactly the way they think “alpha males” are allowed to behave, and are resentful when being told that they shouldn’t (see point 1).

3)This shit isn’t going to go away if the first thought on every guy’s mind remains that women are for hitting on, and it’s unfair to let them in if there are going to be rules that might make hitting on women more difficult.

4)While depression is sometimes triggered by events out in the environs, chronic depression doesn’t get cured by altering the environs. I’m not going to stop being depressed even if I manage to lose th 30 or so pounds that I’ve gained over the last few years. And similarly, a single, chronically depressed man isn’t going to stop being depressed if women start dating him, fucking him, and being in relationships with him. In fact, it might just make it worse. Because people who can handle dealing with deep, chronic depression on a daily basis are far and few between, considering the ridiculous amount of willpower and internal peace/steadiness that requires; add to that the neediness of someone who believes relationships will cure his depression, and you have a psychological load few people will be able/willing to take on. And so, it will, sooner or later, blow up spectacularly, possibly worsening the thought-patterns that make the depression what it is. And sometimes “blow up” means the dude snaps completely, and we read in the paper about another murder-suicide by a guy who couldn’t handle a break-up.

5)The older I get, the more I realize that young people (including myself before about the age of 25) are clueless twits. the Dunning-Kruger (sprinkled with a heaping dose of entirely unwarranted optimism about the world, and (subconscious) desire for a cookie from People That Matter)can be smelled from miles away. And it makes me want to smack them over the head with their own words once they get older (except that some of them might not actually grow out of their youth-induced cluelessness); because of course I (and other people who’ve been through this) are just being condescending and paternalizing when we point out that they don’t have the life-experience or even time enough to absorb enough theoretical knowledge to really have a well-rounded and well-founded opinion on the complex issues in this world 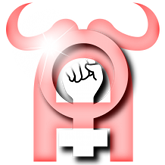